Two days in a row! I got my Postgres server running after several hours troubleshooting. This tutorial proved to be the winner despite things not matching up entirely on my system. I had already installed both Postgres and pgAdmin 4 but couldn’t run commands in the former and therefore had no idea where to start in the latter.

The issue turned out to be that whatever users are meant to be created in the “standard” installation process weren’t created during my install. So following all of the other tutorials didn’t work because I couldn’t originally figure out how to see which users were in place. Once I figured out how to view, add, and edit users, and set their roles, I was able to get my setup to match the “standard” and next thing you know, postgres success!!!: 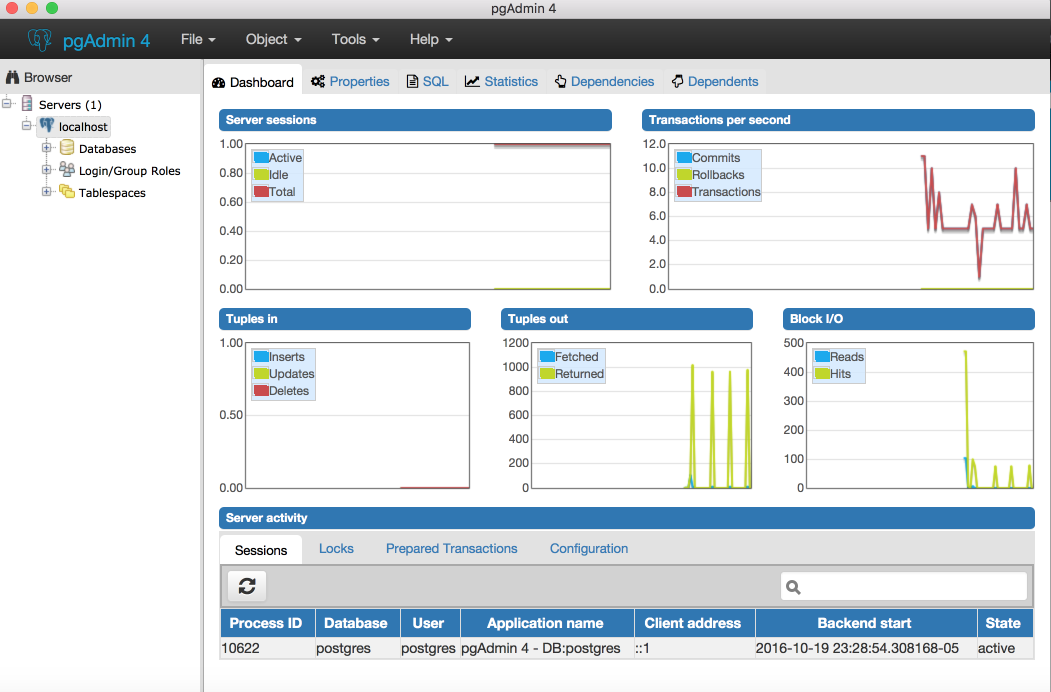 Got an intro to Mongoose in my bootcamp. Mongoose is an ORM (object relational mapping library) that turns JavaScript into MongoDB’s query language. Similar to Sequelize, which is what we’ll be using in the group project with Postgres. Here is the basic setup for using it in an app and setting up a schema:

Started reading Think Like A Programmer by V. Anton Spraul. Actually it was a free ebook library rental which I didn’t know I could do! Rented from the library and downloaded from Amazon’s Kindle store. Awesome. I’ll let you know how it is.

Continuing work on the group project and bootcamp.

I’m also attending the AT&T Shape Conference tomorrow which is all about technology and entertainment converging…should be good!